Thats all for now.

Posted by Unknown at 5:25 PM No comments:


Did you know that live pigeon shooting used to be an olympic event?

Although this game may seem foolish, it was obviously a serious sport to those back in the 1900s.

But hey, even if it was an Olympic event, the USA took full advantage of it sweeping all of the medals gold, silver, and bronze in the 1904 St. Louis games. Oh yeah.

Trampolining, included today in the London games is also a bizzare event. Flexible gymnasts perform stunning acrobatics on nothing other than a trampoline. China and Canada got gold in London last Sunday and Saturday.

London 2012 logo of the sport of Trampolining


What? It may seem like a funny oxymoron, but like Trampolining and Tug of War, it was an Olympic sport during 1984, but was booted out in 1992.

Here is a video from Solo Synchronized swimmming in Melbourne, Australia.

Just like gymnastics in the Olympics, except with a baton in your hand.

Many more from the list of unusual Olympic sports-

And that is all. What sport would you compete in out of those from the list? COMMENT BELOW!!! 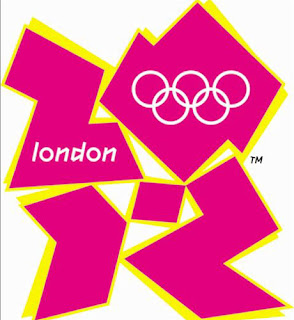 1. Gabrielle (Gabby) Christian Victoria Douglas
Sport: Gymnastics
Number of medal(s) in this Olympic: 2 gold
Interesting Fact: If you unscramble her last name, you get USA gold.
Little bit about her life: Gabby started gymnastics at the age of six. In 2004, she won an all-around gymnastics award for her level at the Virginia State Championships. She started getting known in 2010. In 2011, she competed around the world with the US team.
Olympic amazement: Her dad, that was stationed in Afghanistan, went to San Jose to see his daughter get a spot on the 2012 USA Olympic team. Her team won in the team all-around gold medal and she won the individual all-around gold medal. 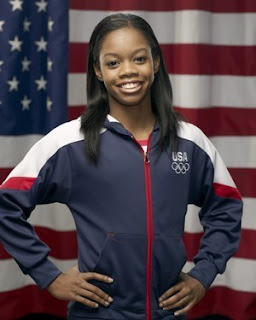 2. Sanya Richards Ross
Sport: Track and Field (running)
Number of medal(s) in this Olympic: 1 gold
Interesting Fact: Her husband is Aaron Ross who plays for the NY Giants and has a Super Bowl ring.
Little bit about her life: Sanya came to America when she was 12 from Jamaica. She was a member of the National Honors Society. She finished high school with a 4.0. She was named National High School Female Athlete of the Year, USA Track and Field's Youth Athlete of the Year, and Track and Field News Women's Prep Athlete of the Year. She became a citizen of the United States of America in 2002.
Olympic amazement: Sanya was part of the 2004 and the 2008 USA Olympic team that got gold in the 4x100 relay in Athens. In the 2008 Beijing Olympics, she was favored to win gold in the 400 meter dash but she left the blocks too quickly and ended up in 3rd, bronze. She took part in the 400 meter dash again in the 2012 London Olympics and she got gold. 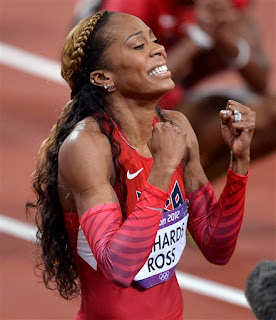 3. Michael Phelps
Sport: Swimming
Number of medal(s) in this Olympic: 2 Silver and 4 gold
Interesting Fact: He is the most decorated Olympian, ever. (most medals)
Little bit about his life: Phelps was born and raised in a little town north of Baltimore in Maryland. He has two older siblings. His parents divorced in 1994. He has been swimming ever since he was seven. Before he turned 16, he broke the world record in the 200-m butterfly at the World Championship Trials for the 2001 World Aquatics Championships. He has too many competitions so we'll just go to his Olympic amazements.
Olympic amazement: In his first Olympic event in 2004, the 400-m individual medley, he won his first Olympic gold medal with a world record time of 4:08.26. Then, he got a bronze in the 4x100-m freestyle relay. After, he got a bronze in the 200-m freestyle. Then, a gold in the 200-m butterfly and the 4x200-m freestyle relay. Two days later, he finished first in the 200-m individual medley. After that, he...okay, okay. I know you're getting tired of all these records so to sum it all up, he won six gold medals and two bronze medals in Athens, eight gold medals in Beijing, four gold medals and two silver medals in London. What does this mean? He is the BEST swimmer in the world. There probably is some guy in a pacific Island that is better but...his island is too small to join the Olympics. His name is: Horhay Smith-Wong, who knows. :) 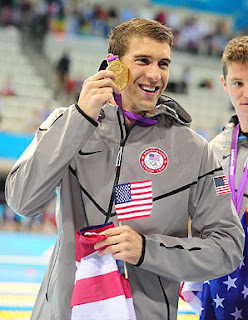 Notice:
There has not been a post for about a week. What could that mean? Hint: #time, #make, #Lawson, #post, #slow, #Luke, #ninja

Posted by Unknown at 6:06 PM No comments: